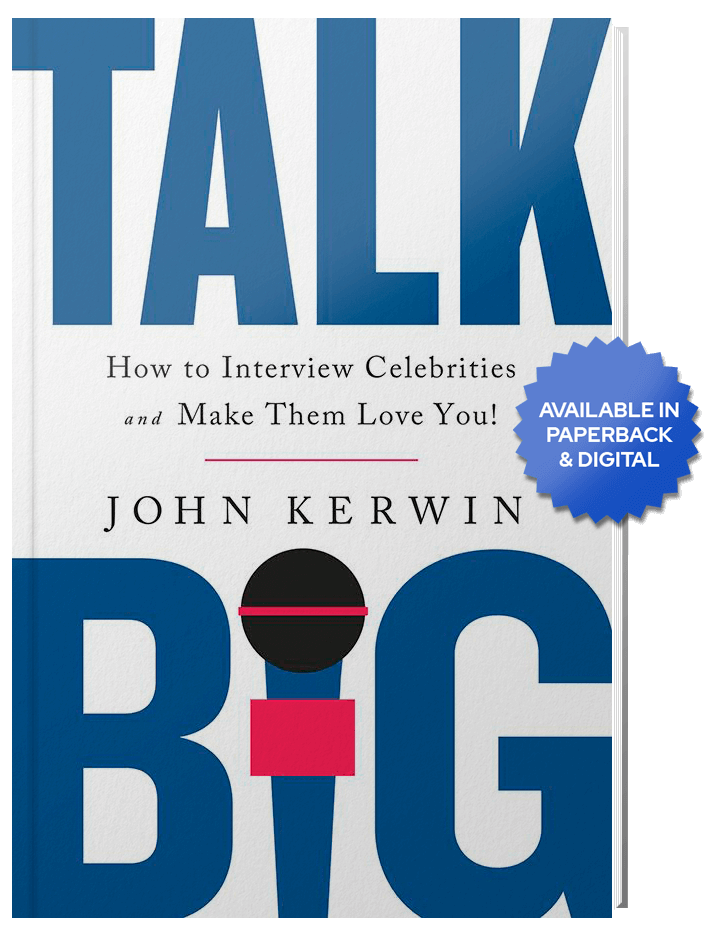 John began interviewing Broadway stars while still in high school in New York City. He then went to Cornell University where he majored in Communications, Afterwards, he moved to Los Angeles and became a multi-award winning celebrity interviewer. Over the past 17 years, John has interviewed hundreds of celebrities for TV, Radio, books, magazines (print and online), newspapers, panel discussions, red carpets, and private events. Talk Big:  How to Interview Celebrities and Make Them Love You is his first book. Already, he’s working on his next book, Extraordinary Women, where he interviews some of the most successful women in the world.

John Kerwin is a fifteen-time award winning talk show host. Raised in New York City, John began performing as a stand-up comedian at Catch a Rising Star and The Comic Strip, sharing the stage with Jon Stewart, Chris Rock and Ray Romano. After attending Cornell University, John relocated to Los Angeles, where he became the house emcee at the famed Hollywood Improv. John also headlined at comedy clubs throughout the country where he continued to shape and hone his comic style and impromptu humor. 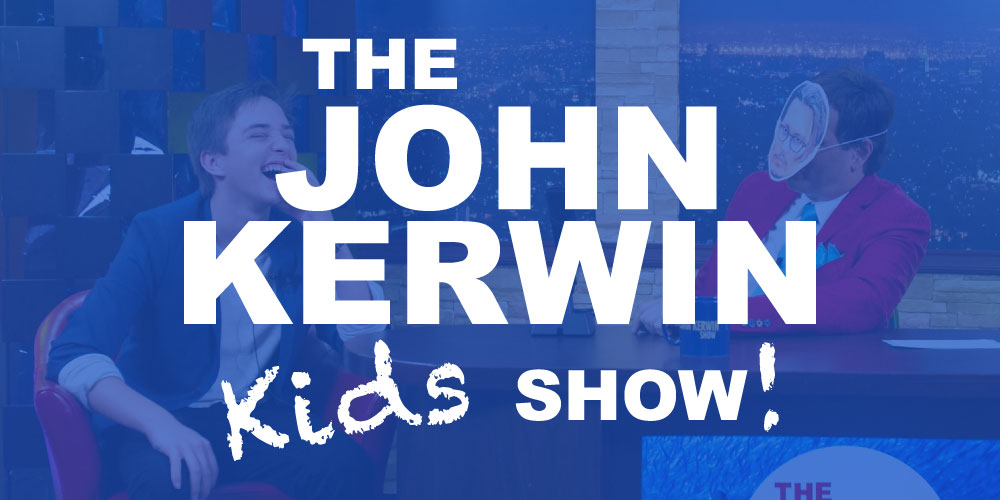 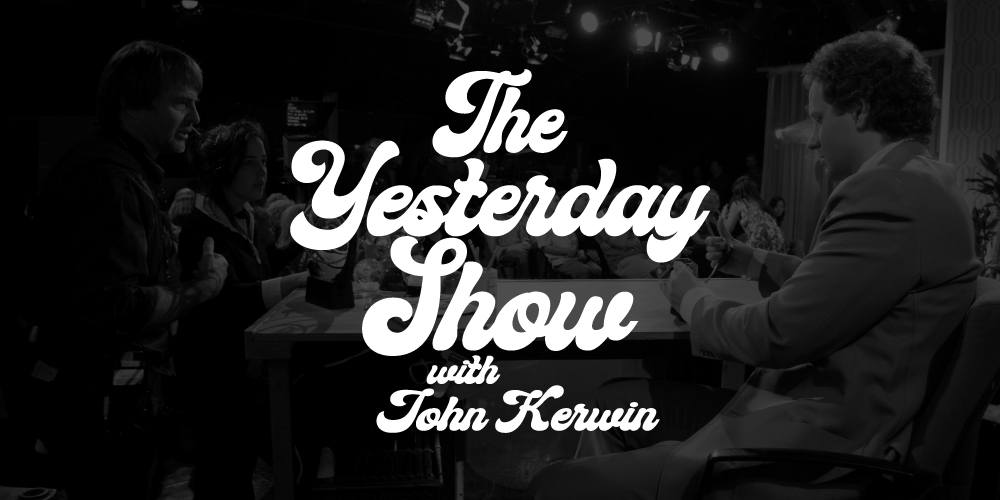 I’ve been interviewed by all the usual people starting with Johnny Carson. And John has a tremendous talent that is very rare. He’s got a gift.
- Bruce Dern, 2-time Oscar®-nominated actor and Cannes Film Festival® Best Actor winner
I had a thoroughly enjoyable time. I think John is very good at this, he’s very funny, and he has a nice sense of how to play with the conventions of the talk show.
- Tom Bergeron, 2-time Emmy Award® winner and nominated 13 times; host of Dancing with the Stars
He’s the nicest man – he’s adorable, he’s darling. You can tell that he’s an affectionate and warm-hearted person. He’s light-hearted and allows a performer to do whatever they want. It’s a wonderful experience.
- Karen Black, Oscar-nominated actress and 2-time Golden Globe® award winner
He’s fresh and new and fun and delightful. Amazingly sexy!
- Cloris Leachman, Oscar-winning actress and 8-time Emmy Award winner
John was so bright, witty, and he made the entire show so fun that I watched it from the audience
- Steve Wozniak, co-founder of Apple®
I found him very personable; very easy to talk to. He can draw the people in, get them interested in his guest, and him.
- Gloria Gaynor, Grammy Award®-winning artist for I Will Survive
John is a strong host . . . very personable and interested. He is not trying to be interesting . . . he’s genuinely interested. He’s funny . . . charming.
- Nancy Cartwright, Emmy Award-winning actress and voice of Bart Simpson
It was nothing but fun! He’s “got it” – no doubt about it.
- David Carradine (Kung Fu, Kill Bill), Emmy nominee and 4-time Golden Globe Award nominee
Previous
Next
More Testimonials 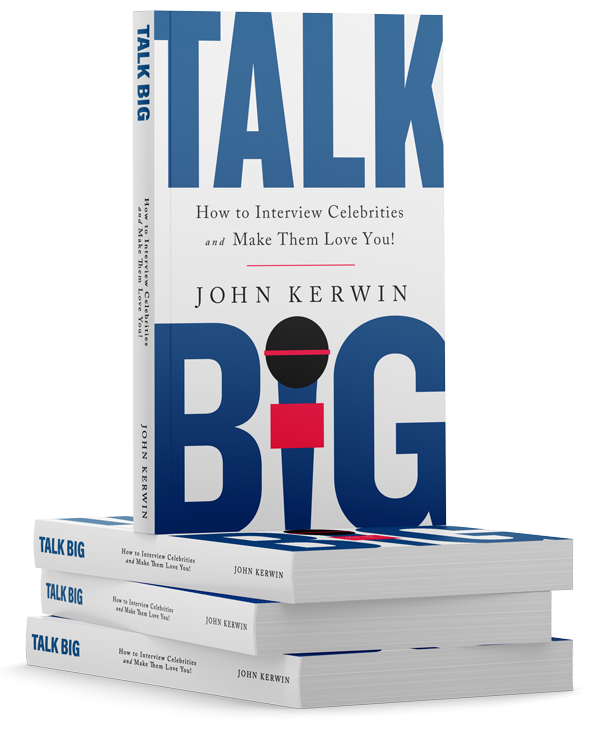 Download your free copy of my analysis of the Ricky Gervais- Larry David interview. 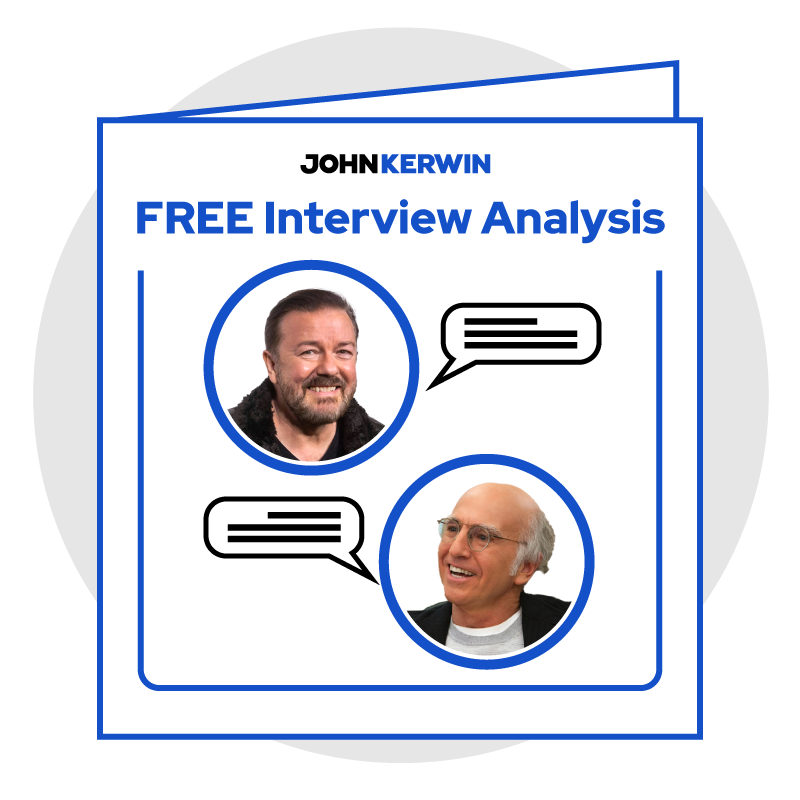